And the .stl file so you can 3D print one. 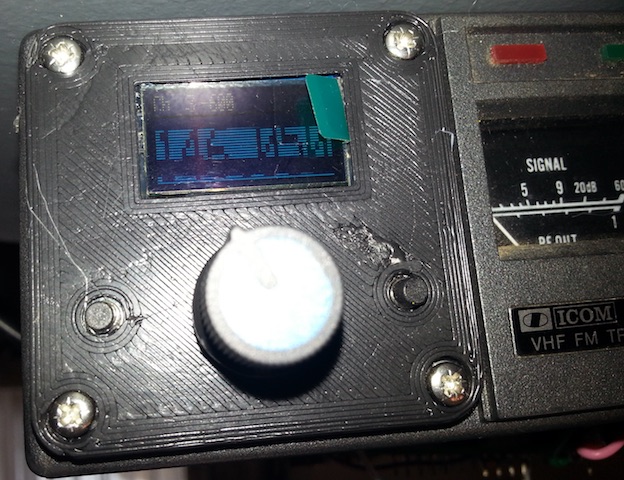 (The booby near the RH button is from a flaw in the glass sheet I print on, not a file fault.)
This front has a couple of push buttons. These are wired as per the updated circuit in post #36.
Detail pictures in the zip file.
Code to follow.

VK3ZYZ said:
NOTE! Not all OLEDs are created equal. The pin-out is not the same across them all so make sure you check the connections!.
I just got trapped myself (again)!
Click to expand...

Found a way that does not require the bypass of the Duplex circuit on the 22S
Unfortunately the radio I recently purchased has a faulty divide by N chip "TC5080P"
The manner in which the PLL PCB on the icom is laid out lends itself to splitting the 9 Volt rails feeding the PLL and the Duplex logic sections
Lowering the voltage to 5Volts on the Duplex logic chips makes them compatible with the Arduino 5 V logic.
Looking at the PLL board from the front of the radio the the 9 volt rail feeds the right most 4011 Pin 14, The track is cut here. Using an 78L05 with the output connected to pin 14, the input to the 9 Volt rail and the ground to pin 8 of the left most 4011, a 0.1 mF ceramic cap across the regulator output and the ground. Now the Duplex logic will reliably work with the arduino logic levels.

In the process of fault finding the problem with my PLL I found that the N divider and the rest of the PLL other two chips are happy to run at a lower voltage, the PLL chips are decoupled by a resistor R25 (15 Ohms) by placing a forward biased Red led is series with the resistor lowers the voltage to 7 Volts, in my case it was lower as the 9 volt rail measures 8.6 Volts so it lowered to 6.6 Volts, the PLL was happy at this level, I am sure that this can be further lowered to 5 volts if so required, however at this time it does not seem to be an issue by feeding the divide by N chip with 5 Volt level logic..

My N divider chip has a faulty input and I don't have the 100 KHz steps only when I heat the chip this becomes functional.
New chip coming from the UK (Hard to find, and costly SOB), the positive is that now minimal modification are requires emulating exactly what the original matrix board did and the Duplex +/- are retained and no need to have this implemented in the code.

My thanks to Denys for his code and help in navigating the hard to read diagrams.

Images show work done to tidy work done by others, the tantalum capacitor moved to the underside of the board
Cleaned many overheated solder joints, removed some excess flux. 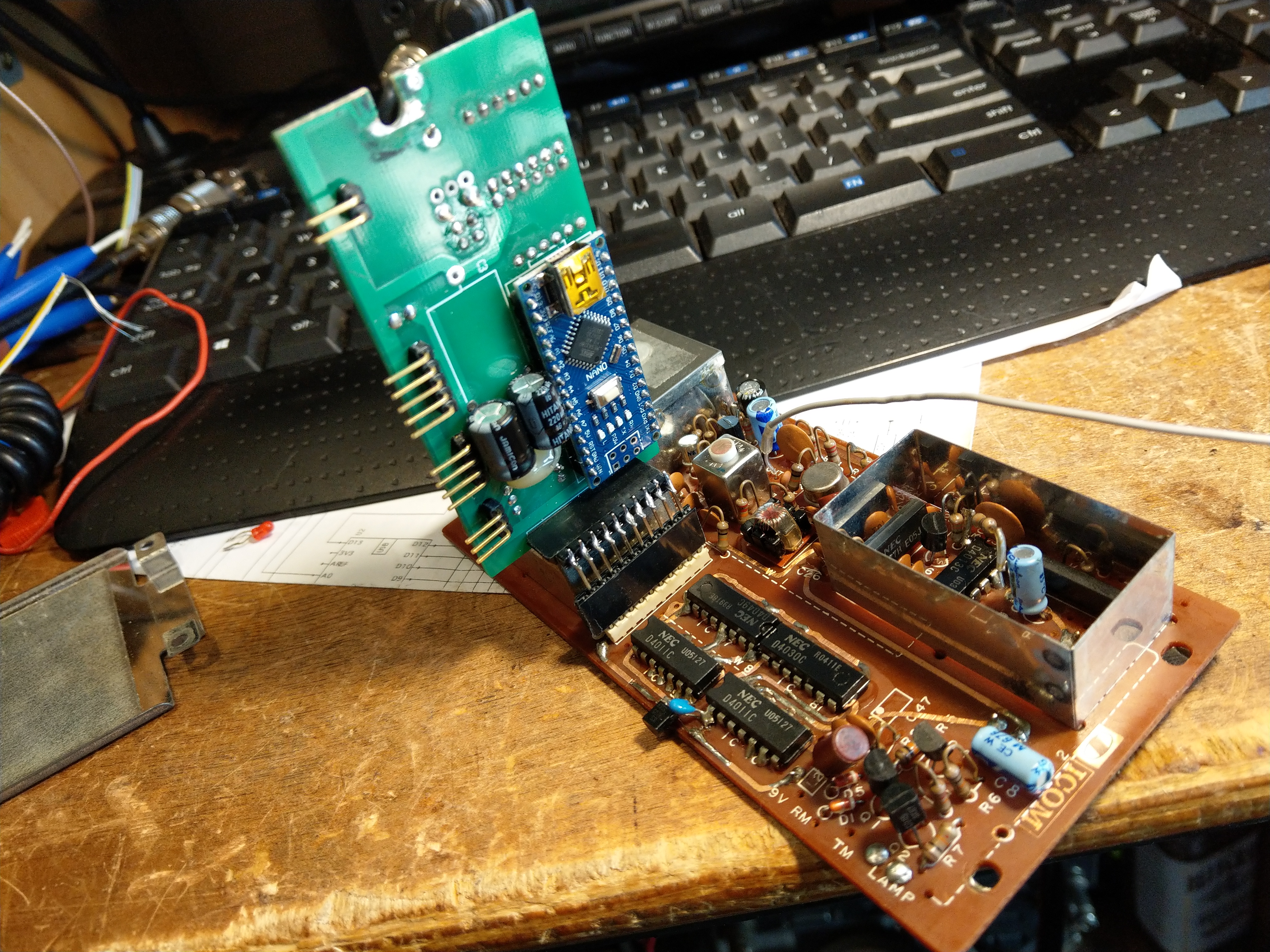