A few observations or points for discussion. I have in the past used the ring mixer both home built and the commercial versions, SBL-1 , SBL-3 , ADE-1. Both the home made and commercial units seem to work equally well. Home construction of the ring mixer can be tricky when you consider the number of terminations that are required. There are twelve wires from the two transformers and eight wires from the four diodes, and if a 100 ohm pot is used to finely balance the local oscillator side of the mixer that is another three terminations that makes a total of twenty three soldered joints. It is very difficult to get the thing to stay together as more parts are soldered up, parts are likely to unstick as new bits are added, SO I will try to construct the next mixer on some insulated fiber board using brass eyelets as the bonding points, in that way all the leads pertaining to a particular joint could be pushed into that eyelet and the the soldering could be done in one go. If the mixer is built as a sub unit it could increase the flexibility as to how it is used. The ring mixer is a very good performer and if your home made ring mixer will not work there might be a crook diode or it might be incorrect phasing of one of the transformer windings. Has anyone else built a ring mixer, it could be interesting to swap ideas?
B

Have constructed a few ring mixers. I am still experimenting construction styles. The images show some details, the Jaycar pot core unit has the highest loss followed by the binocular core units, the best performers appear to be those with the toroid transformers 15 turns of .25 mil. copper wire trifilar wound and suitably phased. The diode array consists of four SMD 1N914/4148 QUADRO MELF diodes this is to be superglued to another fiber board which carries the pins and toroids for the next experimental mixer, I hope. 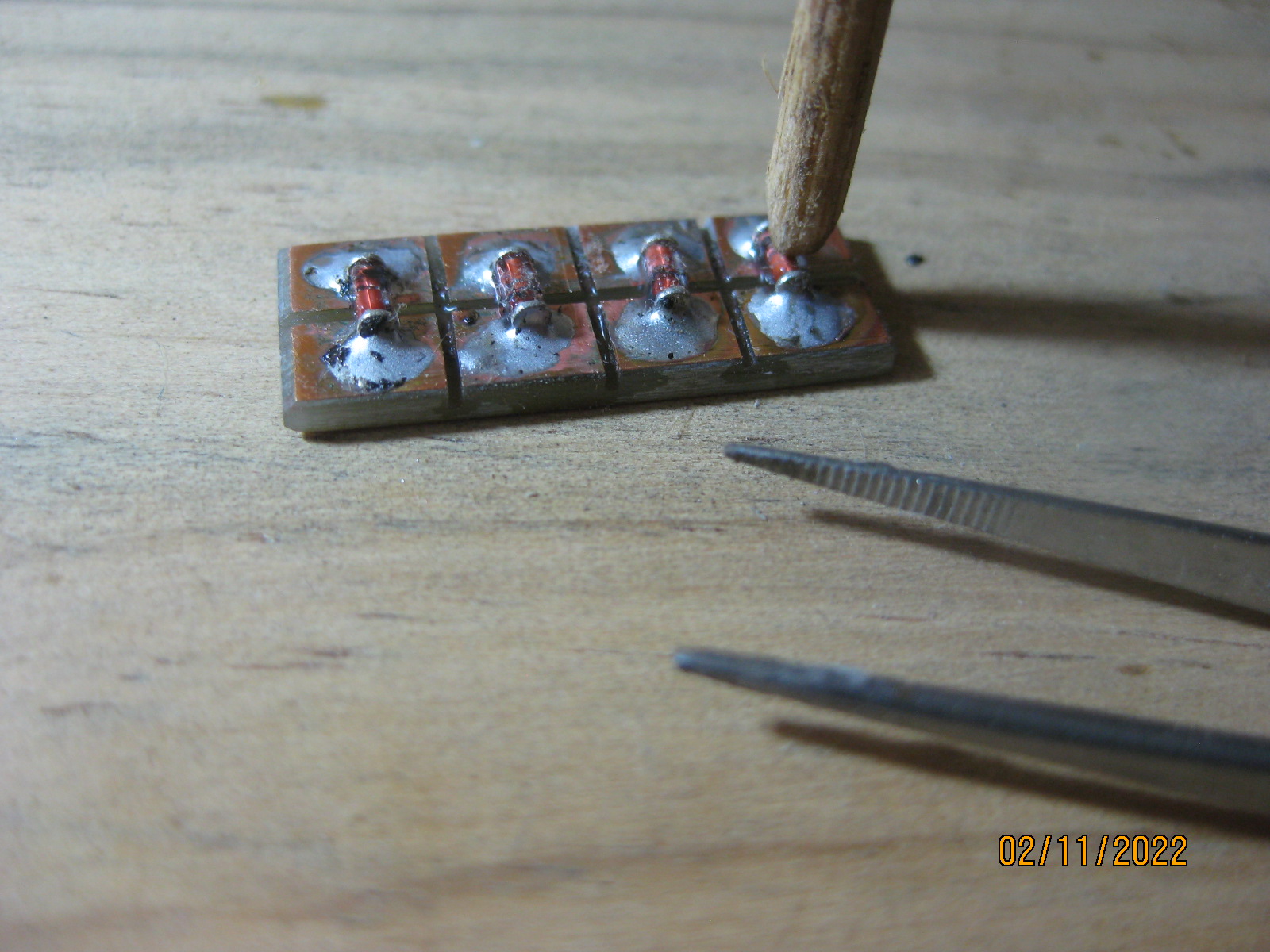 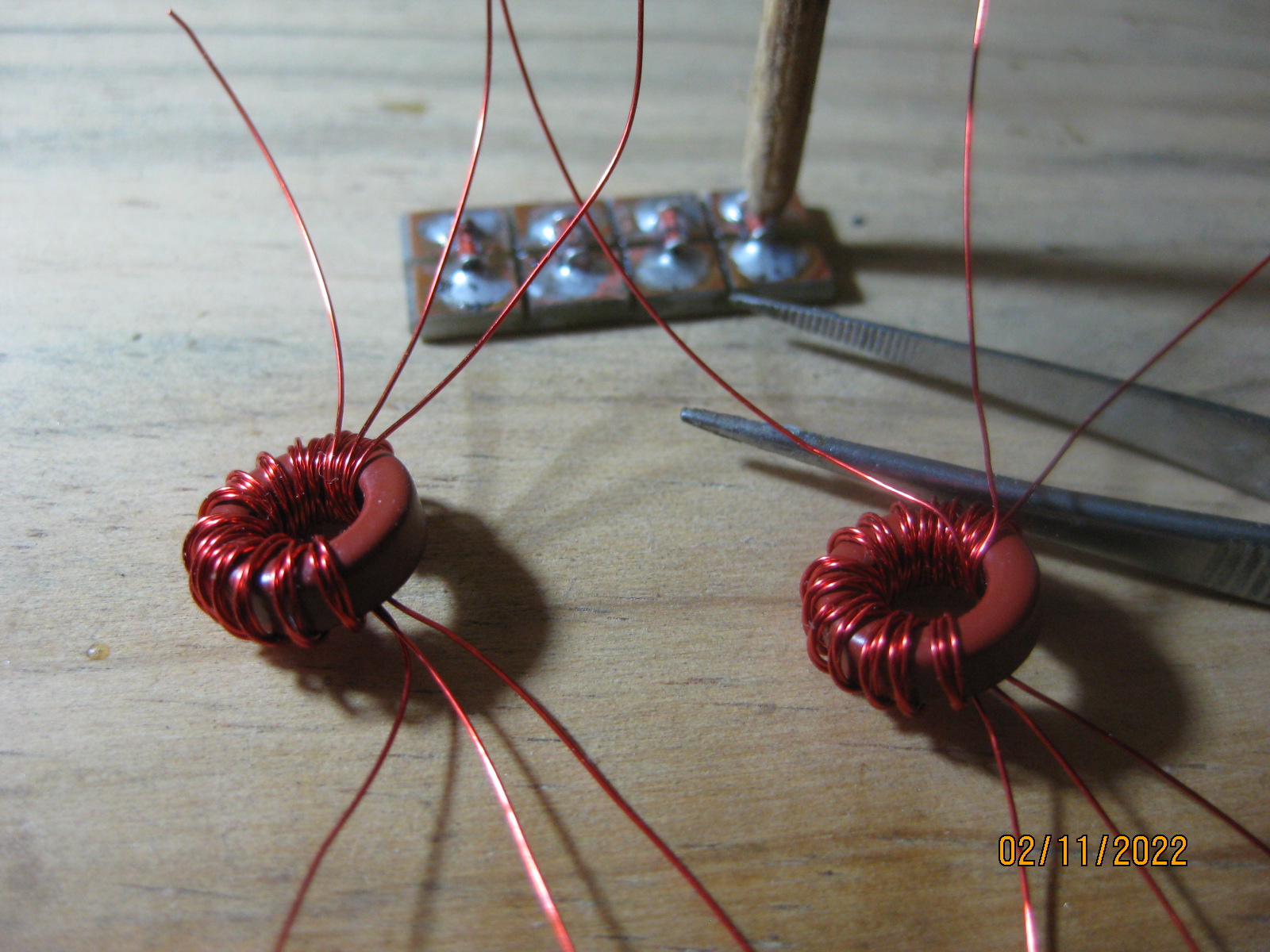 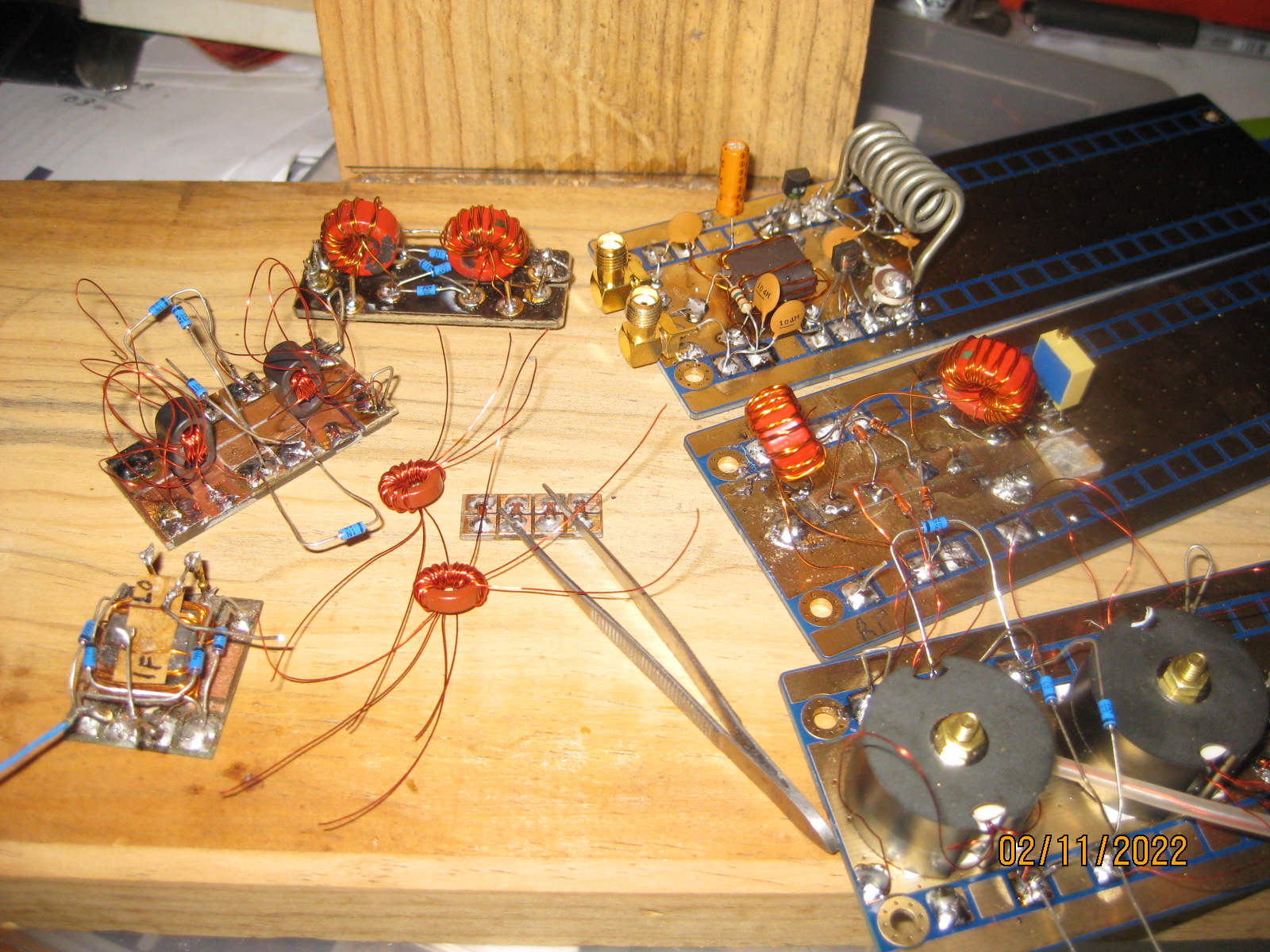