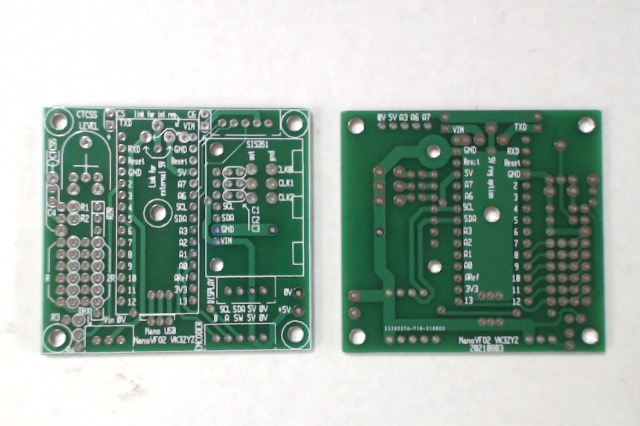 The PCBs have arrived
V

The Si5351 boards really need to be calibrated for best results. This if more important for HF SSB than for VHF FM.
An old VFO board has been pressed into service for an Si5351 calibrator.
With the addition of a couple of standoffs and some Pogo Pins, a new Si5351board can be clamped on top then the calibrator sketch run. 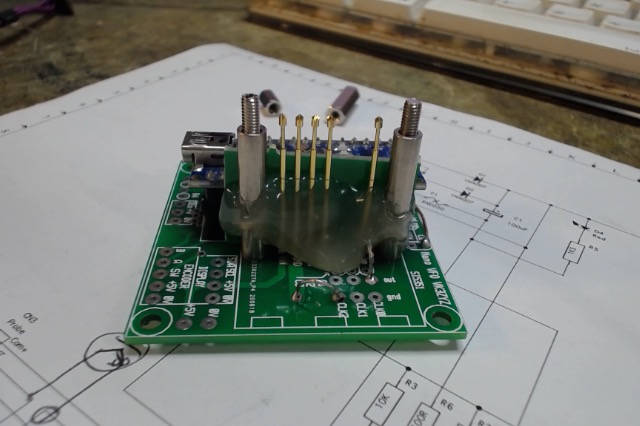 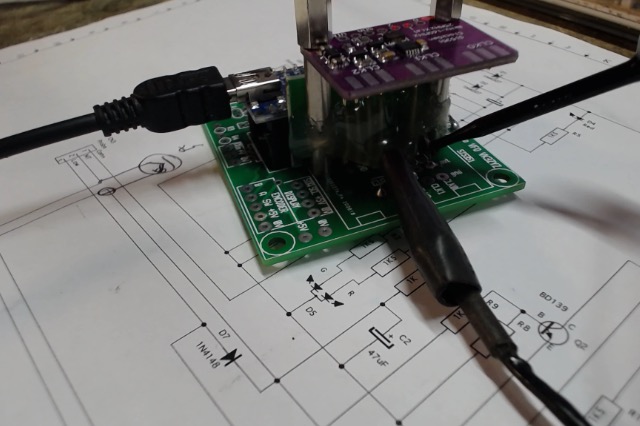 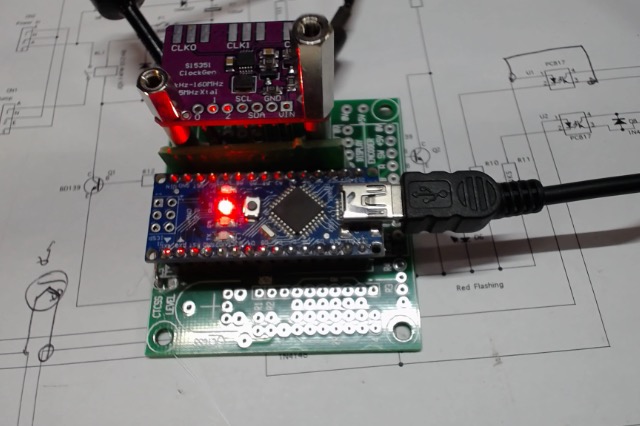 Here is the output before calibration. It should be 10Mhz. 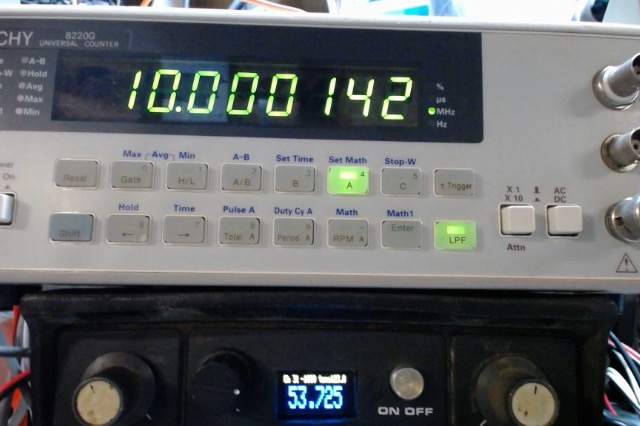 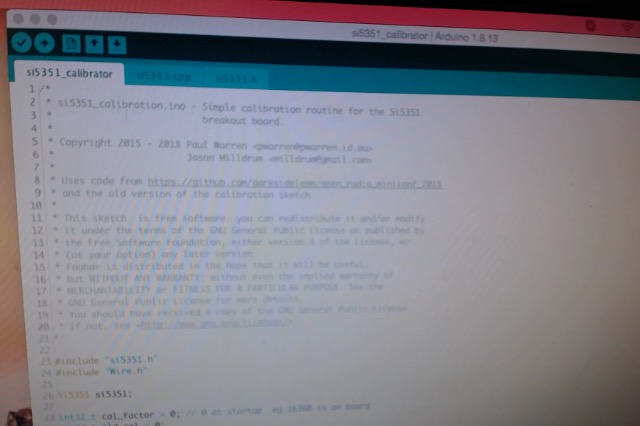 Then open the serial monitor at 115200 Baud.
On the screen, it tells you what keys to push for Up or Down each decade. And, here are the results or running it for this board.. 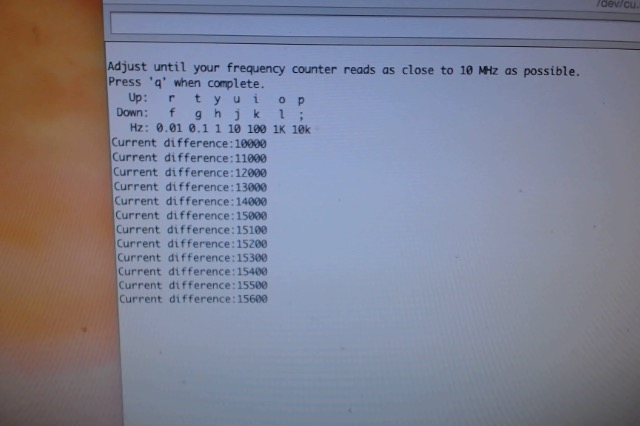 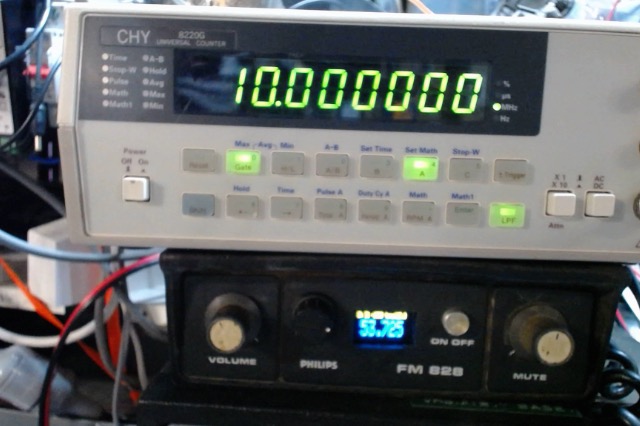 The sketch is here.

I see the upgraded universal counter doing its job

are you adding a sticker with with the correction figure to the boards?
V

Yes, just a bit of paper taped to the PCB at the moment.
4 of the Si5351 boards do not work well. I am hoping they will when running on the Arduino 5V instead of the USB voltage that is a bit low.
V

This is what I get out of the 4 units that are faulty.
It should be a solid 10Mhz. 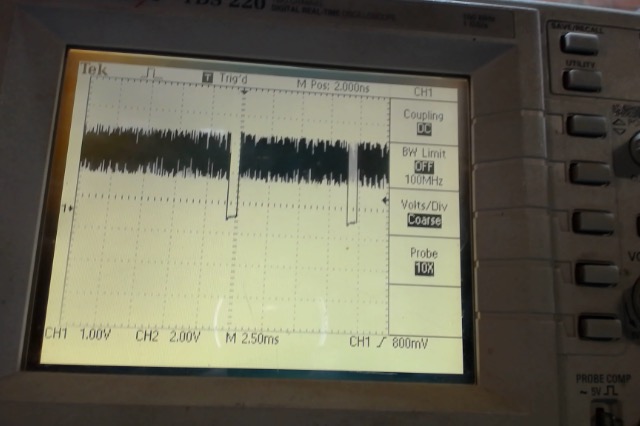 I tried reflowing one but no fix
J

side note: I was thinking about a low cost hackable sig gen this morning, and since i have been playing with the rp2040 my mind drifted there. It seems to me with a bit of code and a r2r dac it should be possible to get something like a 8-12 bit 50-100Msps(maybe more with overclock) of arb gen out of its pio and dma, it would have no power and would want a vga and offset amp to make it useful, but it would be fun. waveform would have to be in ram since i don't think the qspi flash or adc is quick enough to fill a 400Mbps+ buffer? I think it would leave one core and 2 pio state machines in the rp2040 free for display/ui for glitch free? operation.

anyone know a good design for low cost vga?
end side note.
V

I am still mistified!
V

Putting the scope onto the crystal connected to pin 2 of the Si5351 then removing it makes the chip run correctly.
But, a new command to the IC will cause it to go funny again and the scope needs to be tapped on again to get it to work.
So, is it the crystal or the chip?
This is repeatable on a second board.
J

not enough load capciatance maybe? if you have any might be worth while to try add couple of puff. I think the si5351 has an internal load cap?
V

Yes, I will try that. But it is not an easy thing to add because of the size. 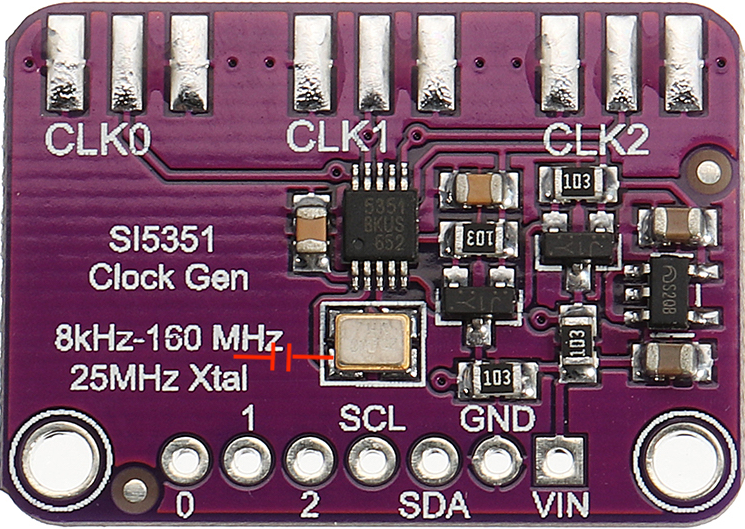 This shows where the cap may need to go.
It could also be the other side connected to pin 3 of the Si5351.
this will test my soldering skill!
J

VK3ZYZ said:
this will test my soldering skill!
Click to expand... 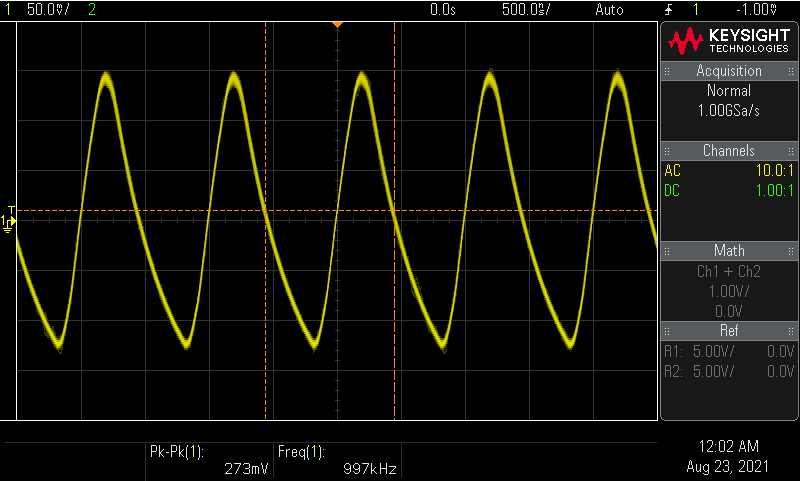 I think its sine a bit wonky due to some bits missing from the r2r dac, only 8 bits atm with bit3 and bit5 missing.
has some promise.
V

VK3ZYZ said:
Yes, I will try that. But it is not an easy thing to add because of the size.
View attachment 846
This shows where the cap may need to go.
It could also be the other side connected to pin 3 of the Si5351.
this will test my soldering skill!
Click to expand...

The Si5351 has internal software switchable caps for the crystal, maybe you could try playing around with those before you try soldering extra caps
Also it's possible you got some bad crystal modules?

Thanks Ray.
I tried that but it did not help.
V

In that case it might be worth swapping the crystal oscillator modules.
Digikey have the Kyocera ones for $0.65 each or $5.75 for 10x

True to form, I have a PCB OOPS! 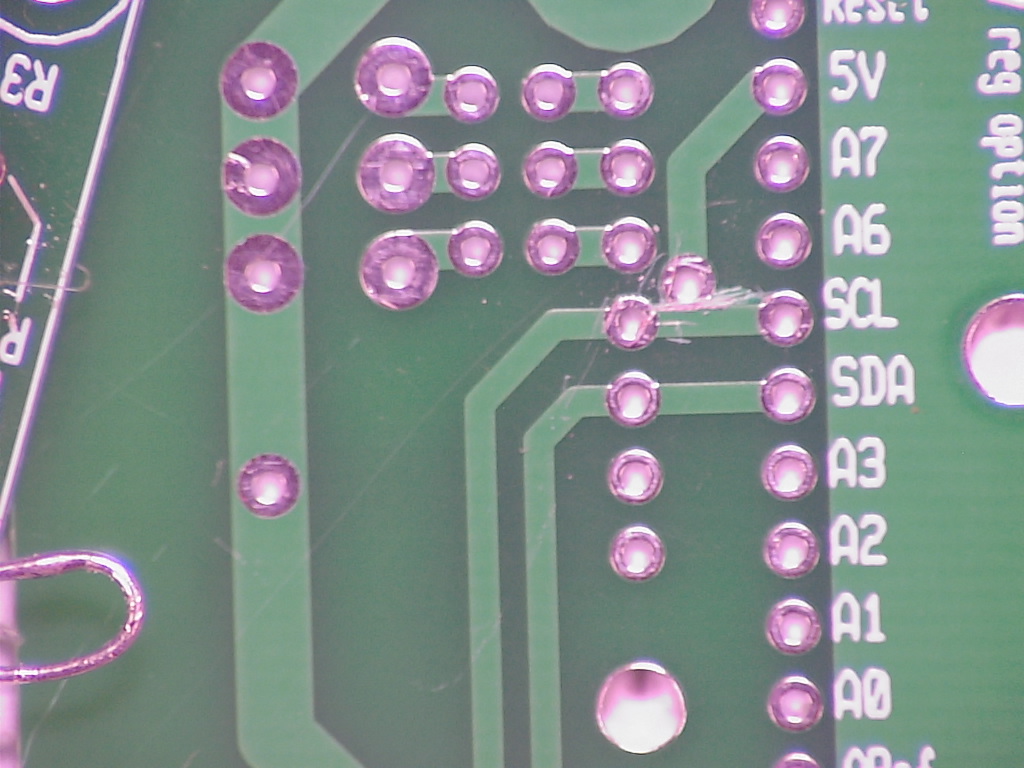 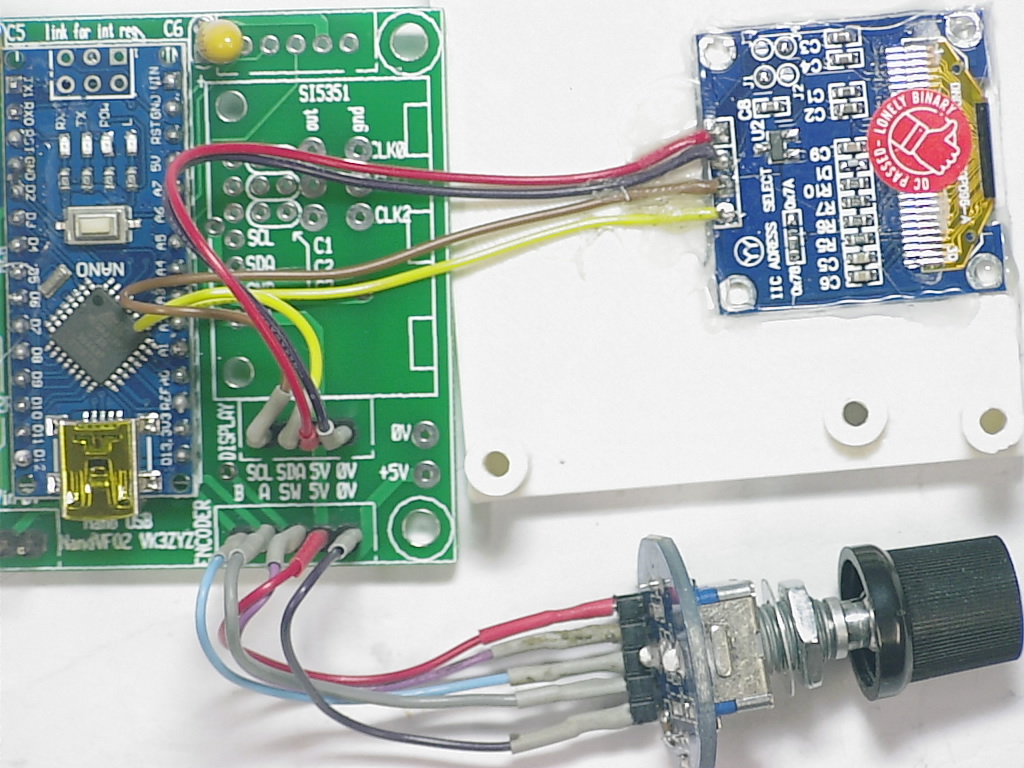 But with the short removed, it all works.
J

Well, a new batch of 5 Si5351 boards arrived today. I ordered those that have a Silver/Gold crystal fitted, like that shown in post #51.
They all work ok.
The boards with the black crystal are suspect, so if you are ordering boards, look for the metal case crystal, not the plastic ones.
Replacement crystals are on the way and I'll post an update when they get here to see if it is a crystal or IC problem.
V