Going down the rabbit hole 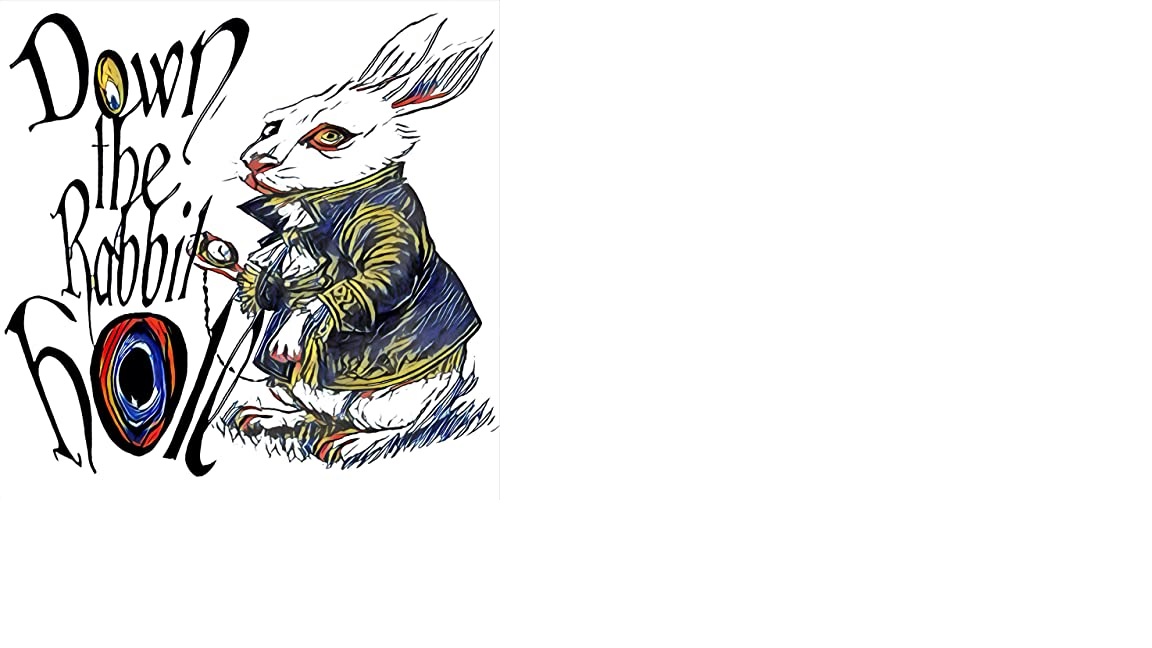 Going down the rabbit hole

The problem I am about to relate has plagued my station for some time, with several theories as to the cause been considered.
I originally had an Ameritron AL811 amplifier, that when operated on the 80 mtr's after transmitting the radio band scope would show a spurious signal, as the AL811 is known to exhibit this kind of parasitic oscillation, careful evaluation indicated that the Amplifier was not the culprit.

What could it be?
To cut this part of the story short, after a radio change and amplifier change (Yaesu Quadra) the problem persisted. This conclusively excluded the Radio and the Amplifier. 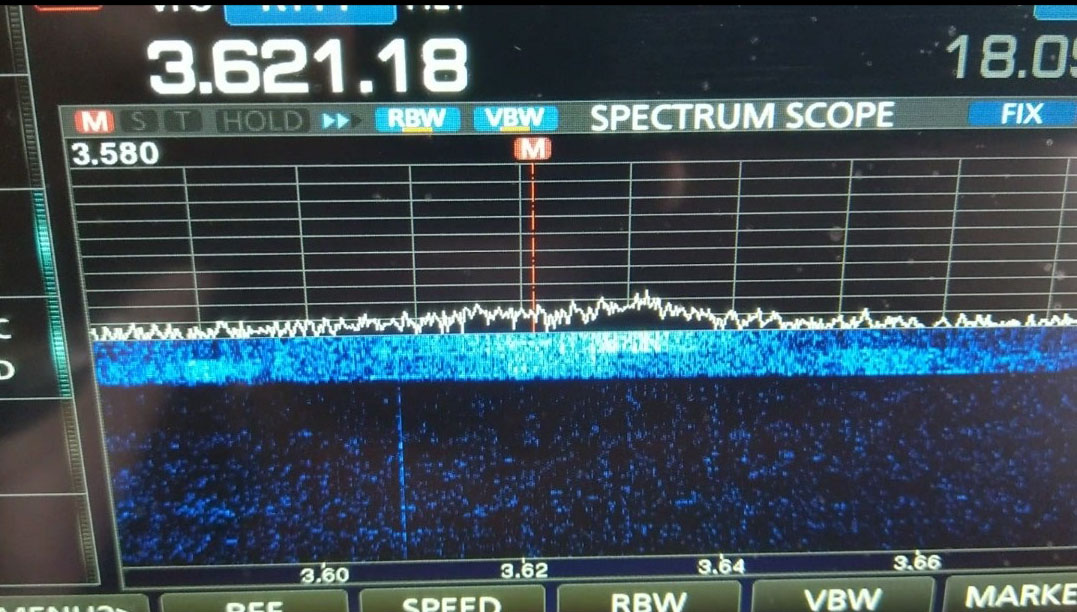 Then one day this noise just disappeared, no idea why...
(I now have a supposition as to why, that I will explain later)

Last week the noise returned, been of particular annoyance as it was over imposed on the Club Net frequency 3.630, It was time to find out what was going on.

The first thing was to examine the noise more closely providing more information to the possible source. What was known is that the radio equipment was not at fault, the problem had to be in the aerial system. Down the rabbit hole I go.

Due to some work I had done prior with an off center fed dipoles, I knew that the Nally Tower was resonant on 80 mtrs, this is what literally led me up the garden path in the process to diagnose what was going on.

I noted that the broad band noise had a peak energy level at approximately 3.620 MHz,

to test the resonant tower assumption and the possibility that it was ringing, ( A known issue with high power broadcast band installations) I altered the length of the tower by four meters, expecting a shift of the energy peak point frequency, to my surprise this action had no effect.

OK what next, after some consultation with Ray Gardner (VK3YNV) and Ron Southworth (VK4AGL) the decision was made to test the feed line, adding several meters to the line showed no change, the length of the transmission line was not the issue.

I decided to look more closely at the noise on a spectrum analyzer using another antenna closely coupled to the 80 mtr dipole, (With appropriate signal level attenuation so to not damage the instrument)
The strange part was that the noise burst would start upon turning the transmitter off then last for four to five seconds with an abrupt cessation as if one had turned off a switch. 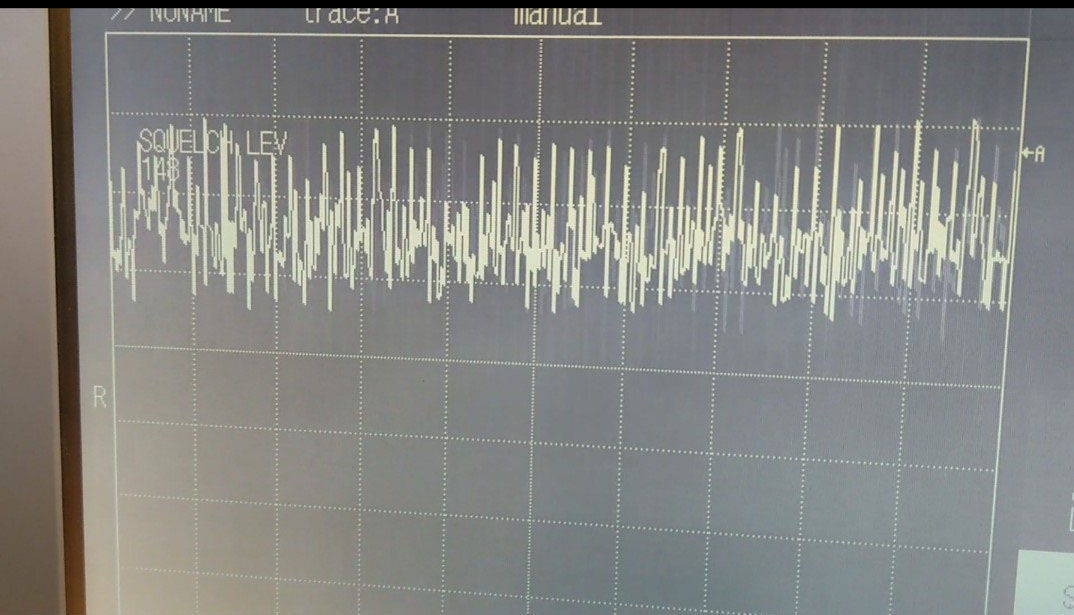 The waveform observed reminded me of a comb pattern, this is usually due to diode action on tower joints and the likes, before tackling the tower I knew of extensions on the dipole legs to lower the resonant frequency of the antenna, these extensions are held in place with nut and bolt, that was showing some external corrosion, this easily can form a diode junction due to the oxides.

No problem I removed the extensions, once again the result did not change.
More head scratching.

Then I thought, maybe the DC resistance of the cable was such that at the feed point there existed some DC resistance not providing a good RF ground and becoming some reactive value that could have created an oscillation.
So I changed the feed line with RG213 Low loss cable, again no change to the problem.
I am running out of ideas, getting more confused as all I did the results made no sense.
I am not one to chuck my hands up in the air, but this had me beat.

I concluded that on 80 mtrs I would not be able to use high power, there is no issue when using 100 Watts. Such is life....

What in hell is going on? How can the computer be radiating such level of energy to appear at the antenna of the radio, what is causing the consistently timed burst of noise?
Not sure I really wanted these extra questions and associated problems to consider, but at least I now knew the source of the noise.

There is several places that a computer can radiate RFI these are cables to peripherals.
a/ Key Board.
b/ Mouse.
c/ Monitor.
d/ attached USB devices.
e/ Power supply 240V cable.

The energy can be in the form of common mode noise via the ground system,
In my case I don't think it was reaching the antenna via the grounding, it had to be radiated, something was acting as an antenna.
The investigation clearly showed that the noise was in the form of a broadband signal, in a timed burst form.
What can be causing this?

In all complex problem solving, its best to break the problem into small parts.
The easiest thing was to unplug cables one at a time and asses the result.
Sure enough this process revealed a particular USB device to be the culprit.

I have a rather large Solar system with a 5KW UPS, the device can be monitored via its unique software connected via a long USB cable to the computer.
This controls the UPS by running software that when connected the USB port turns on at the computer end, normally if the software is not running the USB port is not enabled.

What I think was happening is that the high energy from the transmitter was getting into the UPS, this triggered the UPS connect routine to try and establish a connection with non existent software hence the timed burst of energy. Note that even when the software is running I do get some RFI from this part of the system, but since I only activate this feature when requiring data from the system, its off 99% of the time thus not an operational problem.

What I think is happening is that the USB port on the mother board behaves differently to the one on the external controller, not sure how or what is different, but a difference does exist, I think its to do on how the device is polled, enabling a stream of data to flow, intended or not. The induced RF energy on one instance would trigger the UPS to send data, yet in the case of the mother board USB port what ever is different did not allow the UPS the send data.

The USB cable length was the radiating element that sent this burst of noise into the aerial. As I mentioned above of the problem going away sometime ago, I think I must have changed the USB cables in the back of the computer unaware of the issue.
Having emerged from the rabbit hole now a lot wiser, affirming my long standing philosophical view that making assumptions, will make you an ass.

Luck did play a large role in this, had I not turned off the computer I still be looking and going bald ... 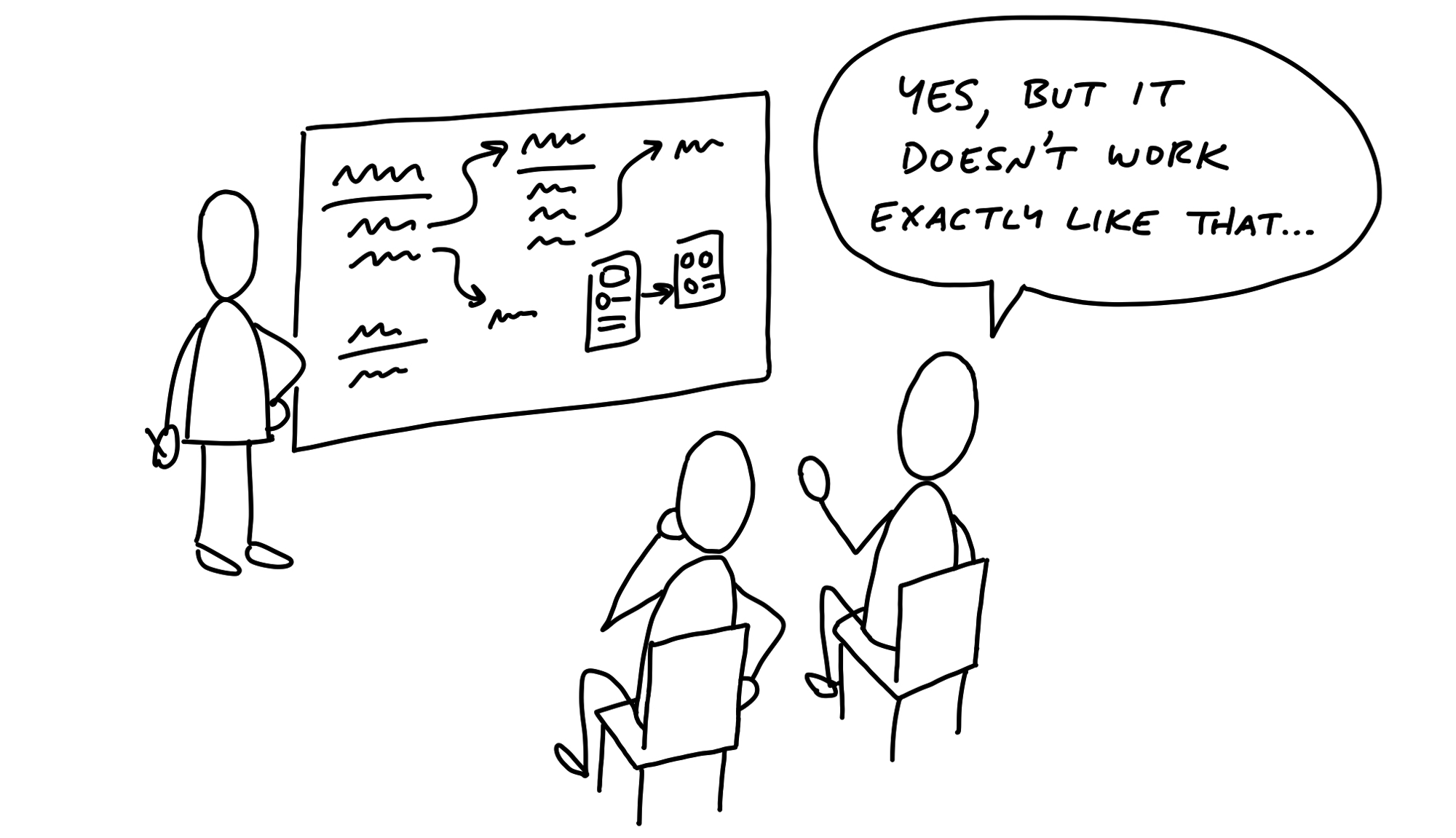 Fault finding is always fun, especially when you discover an unexpected cause and effect. Nice to get a clean and definitive result.
V

VK3YNV said:
Fault finding is always fun, especially when you discover an unexpected cause and effect. Nice to get a clean and definitive result.
Click to expand...

Well done . You should hear the RFI. that the NBN modem causes at my place, it renders HF. radio reception impossible , one wonders how such devices get past the regulation authority .
V

BillC said:
Well done . You should hear the RFI. that the NBN modem causes at my place, it renders HF. radio reception impossible , one wonders how such devices get past the regulation authority .
Click to expand...

Had the same here in 2018, after some fighting with ACMA, Telstra and NBN they installed a modified FIXED point Wireless system, problem solved.
If in your case its a fiber to the kerb, the device in the house is powered by a switch mode plug pack, they are renown to cause noise.