And another one " The battle of the beams".

Just watched Battle of the Beams, great documentary. The only receiver that would pick up the 30 Mhz German beams were American Amateur Hallicrafters receivers. Fascinating story.
V 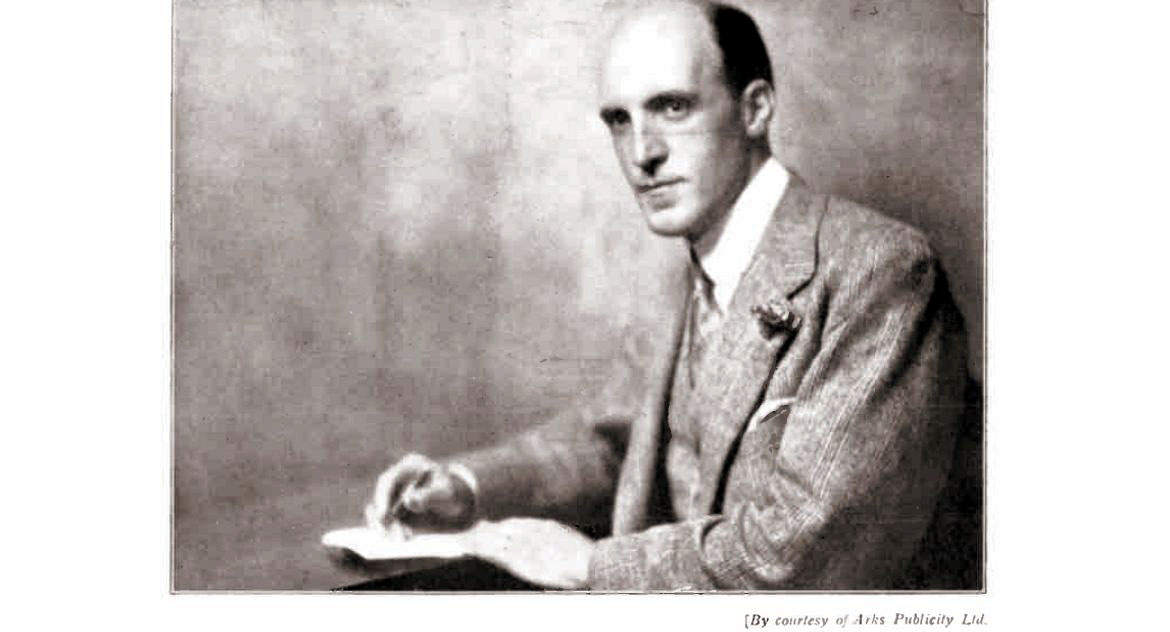 MULLARD’S CENTENARY!
Here’s a red letter date in the history of science, and electric guitar tone, September 1920… the day that Stanley R. Mullard formed the Mullard Radio Valve Company. As all guitarists know, the thermionic valve (or vacuum tube if you happen to live on the other side of the pond) is what makes great guitar tone possible and Mullard were without a doubt the best of the best when it came to making tubes. Further, this year marks Mullard’s centenary, which means they sprang into existence exactly one hundred years ago to the month. Now, being bona fide tube anoraks, it would be remiss of us to let this historic event slip quietly by without at least telling something of Mullard’s marvellous story. So here goes…
The story begins way back in 1919 where a young Stanley Mullard worked as a technician at the “Z” Electric Lamp Manufacturing Company in Southfields, London. “Z” Electric were an established manufacturer of carbon and filament lamps, however the Admiralty (the British government department responsible for the command of the Royal Navy) contracted them to develop receiving and transmitting valves for wireless communication (a.k.a. radio). Stanley’s knowledge and experience of vacuum techniques enabled him to guide the company through the new and uncharted waters of tube manufacture for the Admiralty, R.A.F. (Royal Air Force) and G.P.O. (General Post Office). Their new thermionic devices were sold under the brand name of S R Mullard and Stanley swiftly ascended to the position of managing director—he was just 24 years old.
A few months later an order for 250 silica envelope transmitting tubes (at £66 each) generated sufficient capital for Stanley to set up his own company, the Mullard Radio Valve Company and over the coming years the ever spiralling demand for receiving tubes (tubes used in radio receiving equipment) exceeded Mullard’s manufacturing capacity time and time again. The formation of the B.B.C. (British Broadcasting Company) in 1922 and the introduction of their London transmitter, 2LO fuelled demand yet further and Mullard’s company grew and grew. In 1924 their production exceeded over two million tubes a year.
It was at this point that Stanley sold half his shares in the Mullard Radio Valve Company to Philips in Eindhoven, Netherlands. The injection of enormous capital from Philips made possible the construction of a new factory in Blackburn—this became the largest and most advanced tube works in the world. When the factory opened its doors in 1938, the new site employed only 28 staff, but by 1945 this grew to about 3,000 and by 1954 the site was producing half a million tubes a day. At its zenith in 1961, the Blackburn site even generated its own gas and electricity, making it completely independent from the local town supplies. Over 6,200 people were employed at the Blackburn site along with the other feeder factories situated in Fleetwood, Rawtenstall, Lytham and Southport, which supplied raw materials and sub-components to the Blackburn tube works.
By this time Stanley had long since resigned as managing director, leaving the complexities of vacuum tube research and development to Philips after they’d acquired the remainder of Mullard in 1927. He went on to pursue an interest in horticulture in which he became a recognised authority, however he did continue on as a director in an advisory capacity. Even after his retirement he still spent time on the shop floor of the Mullard works, always keen to listen to his workers, particularly regarding any practical knowledge they might share on how to improve production methods, active in the company’s affairs up until its Golden Jubilee celebrations in 1970. To mark their 50th anniversary of the founding of the company, Mullard paid a record fee of £10,000 to have a rose specially named after the company: the Mullard Jubilee “Electron” rose bush—it’s colour was electric deep pink!
Stanley Mullard lived to see the small venture he founded grow to become an organisation employing more than 11,000 people and occupying a leading place in the world’s electronic industry. By demonstrating reliable tubes could be made cost effectively he helped lay the foundations of the British radio, the tube amplifier industry and electric guitar. Now, that has to be something worth celebrating, so why not join us all here at Effectrode and raise a glass to Stanley, the maker of the valve—Happy 100th Birthday Mullard!
Photo of S. R. Mullard taken from “Wireless, the Modern Magic Carpet” by Ralph Stranger 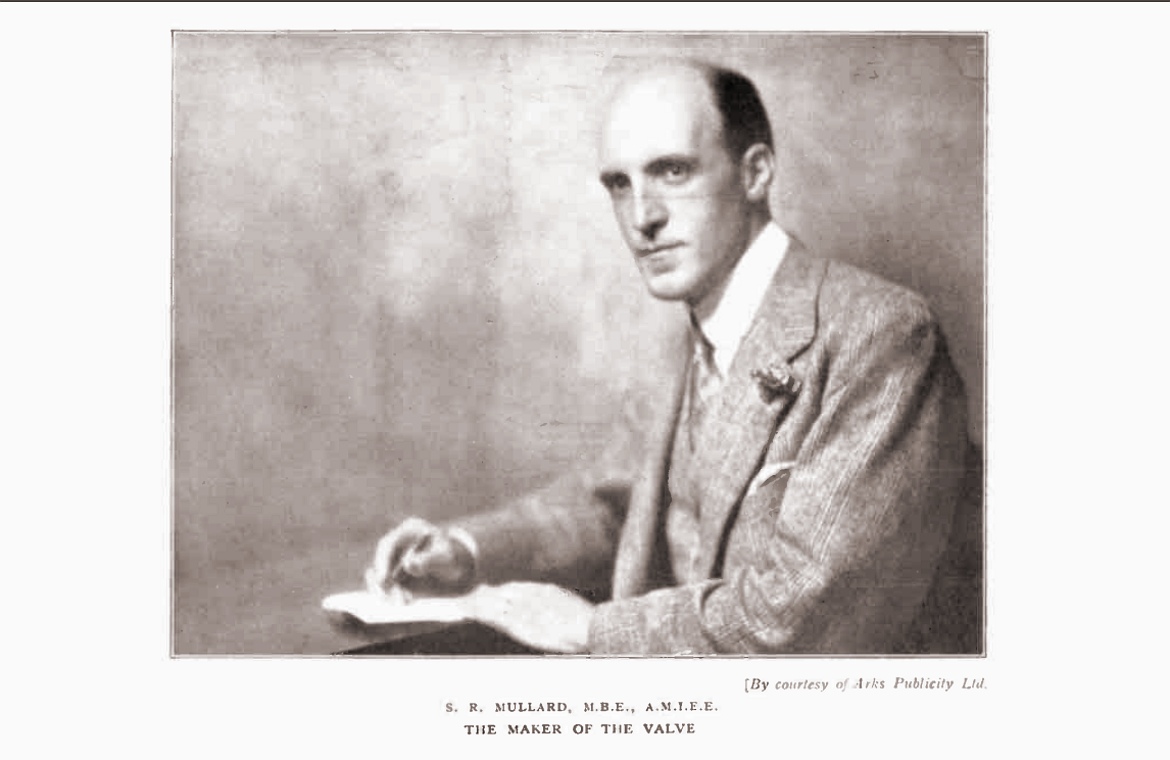 Here’s a red letter date in the history of science, and electric guitar tone, September 1920… the day that Stanley R. Mullard formed the Mullard Radio Valve Company. As all guitarists know, the thermionic valve (or vacuum tube if you happen to live on the other side of the pond) is what makes...

If you are a real Amateur a must watch video

Hallicrafters get a mention in the "Battle of the Beams" video linked earlier in this thread. Hallicrafters Amateur receivers were the only ones which could tune the higher frequencies and had sufficient sensitivity to receive the signals that the early German navigation beams used.

Efforts in Britain to block the Knickebein system took some time to get started. British intelligence at the Air Ministry, led by R. V. Jones, became aware of the system when the Royal Aircraft Establishment analysed a downed German bomber's Lorenz system and observed it was far more sensitive than required for a mere landing aid. Secretly recorded transcripts from German prisoner of war pilots indicated this may have been a bomb aiming aid.[11] Winston Churchill had also been given Ultra intelligence from decrypted Enigma messages that mentioned 'bombing beams'.[10]

When Jones mentioned the possibility of bombing beams to Churchill, he ordered further investigation. The British codenamed the system Headache.[12] Many in the Air Ministry did not believe that the system was in use. Frederick Lindemann, leading scientific adviser to the government, argued that any such system would not be able to follow the curvature of the Earth, although T. S. Eckersley of the Marconi company had said it could.[13]

Eckersley's assertion was eventually demonstrated after Churchill ordered a flight to try to detect the beams. The RAF lacked equipment capable of detecting 30–33 MHz Lorenz signals, so they purchased an American Hallicrafters S-27 amateur radio receiver[14] from a shop in Lisle Street, London. The receiver was fitted into an Avro Anson and operated by a member of the Y Service. The flight was nearly cancelled when Eckersley withdrew his assertion that the beams would bend round the earth. Jones saved the flight by pointing out that Churchill himself had ordered it, and he would make sure that the Prime Minister would get to know who cancelled it.[13]

The crew were not told any specifics, and were simply ordered to search for radio signals around 30 MHz having Lorenz characteristics and, if they found any, to determine their bearing. The flight took off and eventually flew into the beam from Kleve, on 31.5 MHz.[15] It subsequently located the cross beam from Stollberg (its origin was unknown prior to this flight). The radio operator and navigator were able to plot the path of the beams and discovered that they intersected above the Rolls-Royce engine factory at Derby, at that time the only factory producing the Merlin engine. It was subsequently realised that the argument over whether the beams would bend round the earth was entirely academic, as the transmitters were more or less in line-of-sight to high altitude bombers.[13]

British sceptics started regarding the system as proof that the German pilots were not as good as their own, who they believed could do without such systems. The Butt Report proved this to be wrong; aerial reconnaissance returned photographs of the RAF bombing raids, showing that they were rarely, if ever, anywhere near their targets.[16]
Click to expand...